Welcome to our blog. 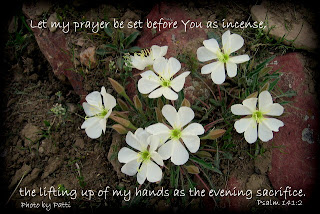 They appeared mysteriously, out of no where.  It is a dry, unkept hillside along our driveway.  Mostly has the appearance of weeds and debris that needs to be cleaned up once in a while.  It's one of those areas that would demand a much younger me to really capture it and renovate it into an eye attractive area.

The first spring we were here at our current location, I was greeted one moring by the first single Primrose.  I was caught off guard as I had no idea such beauty could be waiting on that unkept hillside.

Until we allow God to do a work in our lives, we too are like that "barren" hillside, waiting to bloom in beauty that only He can deliver in our lives. 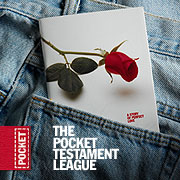 “Jack left,” wept Alison. “He wants a divorce. What am I going to do?”


“I don’t know, but I know someone who does,” said Kate slipping a Pocket Testament into Alison’s hands. “This book has answers.”


Late at night, Alison opened the book. In the beginning was the Word, and the Word was with God, and the Word was God.  She continued on. In him was life, and the life was the light of men. “Life,” she thought. “Mine’s going nowhere.” Into the night she read, weeping as the words of Jesus pierced her heart. “Such love,” she thought as her knees hit the carpet. “Jesus,” she wept. “Please forgive me. My life and marriage is in shambles. I give it all to you.”


Two weeks later, Alison and Jack sat across from each other working out the finer points of their divorce. “Something’s different about you,” said Jack. “I can’t put my finger on it. You seem so, joyful. Have you met someone?”


“Yes I have” she smiled.  She reached into her purse, pulling out a slightly worn Pocket Testament. “Here,” she said, “You can read about him.” Jack looked at her quizzically, slipping the book into his brief case.


Saturday, while Sawyer ran around the playground, Jack began to read. “In the beginning was the word…” He read more after tucking Sawyer into bed and again after dropping him off at Alison’s on Sunday. Monday night, he lay on the sofa thinking about his life. “God, help me know if you’re real. Alison has changed. I want what she has.” A peace like none he’d ever felt filled his soul.


A year later, Alison and Jack renewed their vows. Morgan pulled Jack aside. “Wow man! I never thought I’d see this! How did you win her back?”


A couple days later, Morgan suffered from another hangover. “Man, I feel like I’ve been hit by a Mac truck.” The book that Jack gave him sat on the coffee table. He picked it up. “In the beginning was the word…” It took a few days, but Morgan read the entire book, pondering its message. He knelt by the couch, “Jesus,” he prayed. “I’m not big on words, but I need something.”


A few weeks later, Morgan ran into an old friend. “Yo dude! Where you been? The guys at The Hound have been asking about you.”


Morgan answered. “Let’s just say I have better things to do.”


“Here, read this,” said Morgan handing his friend a PocketTestament held together by duct tape.


“This will tell you all you need to know.”

If you’d like to know more about evangelism, visit the Pocket Testament League. This ministry equips Christians with free evangelism training, daily devotions, and the distribution of the printed Gospel.

FaithWriters
Posted by Patti at 9:20 PM No comments: 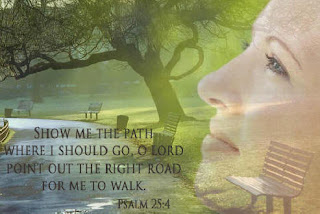 Do you have a special place? Perhaps a certain restaurant, maybe a park or flower garden, a path along a meandering stream, but a place that pulls you back to a time and a memory and your soul says "this was good"?  Today I knew I had returned to such a good place.  I've been here several times before but as I began to re-read my study guide for our Ruth study, once again it was that "special place".

Ruth, a small four-chapter narrative nestled into the Old Testament.  Many see it only as a beautiful love story and many a college and university has taught it as an eloquent literature piece.  Many has used it's few verses, chapter 1:16-17 for wedding vows.

You've heard it said "Dynamite comes in small packages", well, Ruth may be a small book but it is filled with it's own, unique "dynamite".  The ancient Jewish scriptures often included Ruth with the book of the prophets. Huh?  A prophetic book? Well, stay with us and you will see the prophecy unfold in the story of Ruth.

We will slowly unpack the revealing "real story" behind the story and discover revelations that are woven through out her story. 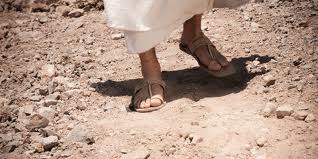 While we did have a good first meeting for our Ruth Study last night, something is weighing on my mind this morning.

When I clicked on my computer yesterday there was a "top story?" about one of our your military men who has "come out" and chose to do that via You Tube while on the phone with his father.  I have no desire to watch the "Tube".  I did scan down thru just some of the over 200 remarks at that time.  Interesting, interesting to see how many responded.  There were a few remarks made by "well meaning" Christians and that only fueled the flame for the onslaught as many cried out "we can do what we want!"

Really??? As we began our study of Ruth I chose first to go back to set the tone for the times as they were as the story of Ruth unfolds.  Just take a moment, find the book of Ruth in your bibles, now go back just the the page before, that would put you in Judges and look carefully there, the very last verse, Judges 21:25.....see for yourself.
"In those days there was no king in Israel; everyone did what was right in his own eyes"

Do you not see us "America" right there?  In our day there is no king in our land,
we are quickly moving away from a "Christian" nation.  I heard recently that Pepsi has gone so far as to remove "in God we trust" from our Pledge of Allegiance that is now placed on their new cans.  We want to live by the same standard as in the days of the judges, "I can do what I want to do!" We don't have a king in our land......we have taken "The King" out of our schools, our courts and God help us "out of many of our churches".

We have "judges" who set over this land overturning godly constitutional standards.
We are living in a turbulent period and my Bible says judgement begins at the house of God (I Peter 4:16)  Those things that are now acceptable are happening because Christians have adopted the same philosphy, slowly accepting the ways of the world, softening our gospel to make us feel good.

I hope you will underline that verse in Judges and ponder that in your hearts.
Posted by Patti at 6:20 AM No comments:

I'm soooo not ready, but eager to get started.

I clicked on today and was surprised to see it had been a whole month since my last post.   How can that be?
I follow a few other blogs and am amazed at their consistency, photography and great spiritual insights.  I just wish I had the fortitude to get just some of my thoughts posted.

A few weeks ago I was so up and ready to get this thing going. I had pages of notes and quotes and was ready to fly.  Today I'm feeling the need for much of Him and His power to carry me.

Tomorrow will be our first home meeting for the study of Ruth.  We are using Kelly Minter's book as well as several bits and pieces from some great scholars of the Word.

We will walk with Ruth through her struggle of loss, her joyous find of love and the legacy that will be left as we see God use ordinary people to accomplish His eternal plan and promises.  We will see His grace overcome the law.

I hope you will join us.  If you need a book I have extra copies and would be glad to get one out to you ASAP. $20 will cover the book and shipping or you can contact  Lifeway Books at http://www.lifeway.com/
Posted by Patti at 4:49 PM No comments:

The Book of Ruth
I did my first "study" of this small four chapter book last summer.
Since then I have listened to different teachers, commentaries and messages about "Ruth".....always gleaning yet another fascinating nugget.
It is my desire to share this with others.
As I was discussing it with my husband he offered the challenge......
"Why don't you write your own study, combining this information?" ﻿
I gulped, my heart raced and my mind roared!
I had already considered the idea,
now maybe I needed to put "wheels" on it.
So now, I'm considering this as our first fall study.
I hope to be presenting it locally to a group of ladies
as well as here in blog format.
My target date is Sept 12th.
At this time I'm not sure we will need books,
except your Bibles.
I pray you all had a great summer.
Looking forward to shifting back into a routine.
Blessings!!!
Posted by Patti at 11:43 AM 1 comment: